Sabres forward Ryan O’Reilly skated for an hour and a half before Buffalo’s Saturday afternoon matinee against the Hurricanes. Afterwards he told Coach Dan Bylsma that he wanted to play that afternoon. While that obviously did not happen, the All-Star center is bent on returning as soon as he can. Good news for Sabres fans everywhere, that could possibly be this week.

Coming off a stretch of 5 games in 8 nights from March 5-12, the Sabres have three day’s rest before Montreal comes to town on Wednesday night. Buffalo went 2-2-1 in that stretch.  The long respite for the team makes O’Reilly’s chances of a return this week even better.

O’Reilly has led the team in points all season with 49, though a red-hot Jack Eichel is now only one behind him at 48. ROR hasn’t played since February 19 at Columbus when he was diagnosed with an undisclosed lower body injury. Buffalo’s offense was clearly not the same without him, although it has come together well over the past few games on the horses of 3 of the team’s youngest players. 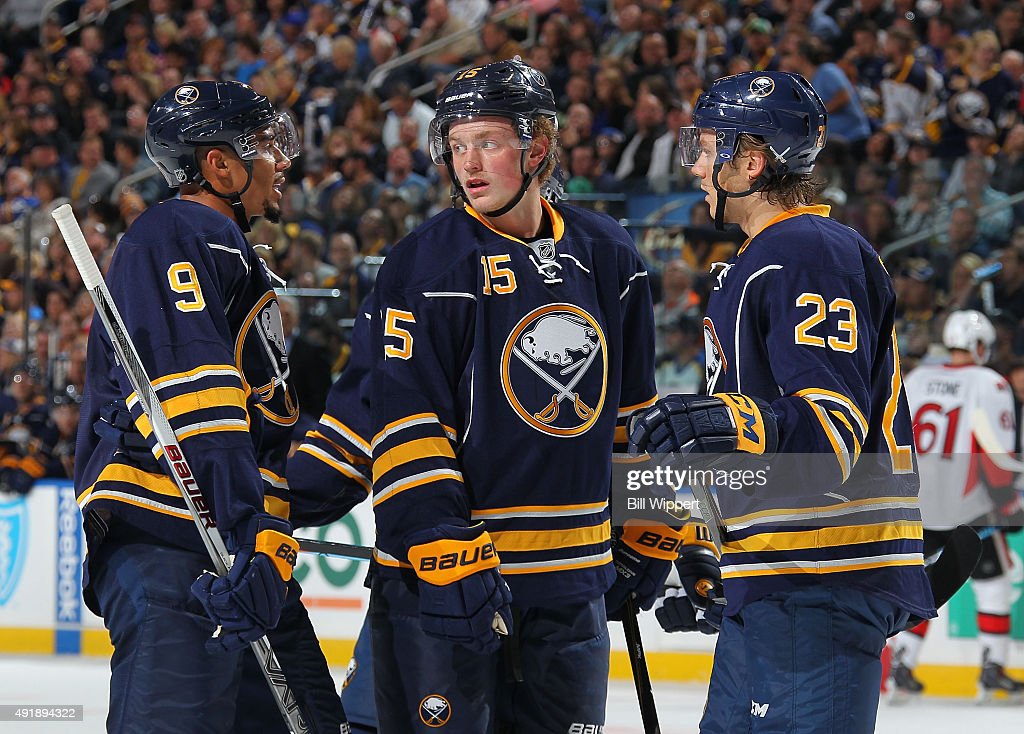 Evander Kane, Jack Eichel and Sam Reinhart have been on a tear since Bylsma lined the three young-bloods up on the first line. Over the seven games they’ve played together, the line has produced 8 goals and 12 assists for 20 points.  The one converse of O’Reilly’s return is that the line will likely be separated when he does. Mike Harrington of The Buffalo News reported today at the team’s practice that Bylsma had put Kane with O’Reilly and Nicolas Deslauriers while Zemgus Girgensons had replaced him with Eichel and Reinhart.

“There’s a little more of a long-term sight in mind as well,” Bylsma said to Harrington. “Evander adds speed next to Ryan and Jack has speed. And Sam next to Jack is an intelligent player he’s blending with right now pretty well. It’s kind of the look. Zemgus was on that line with Jack before Ryan’s injury. Kind of a similar player a little bit how he can add to that line with that speed.”

With 12 games left in the season, the Sabres could play spoiler for many teams in the Eastern Conference playoff hunt. The team took a crucial point away from Carolina on Saturday by taking the game in OT. Montreal is only 4 points behind Carolina as of 3/14. The Sabres will look to do the same to the hopes of their divisional foes on Wednesday.

TONY’S TAKE: SABRES BUY AND SELL, BUT IS IT WORTH IT?

TONY’S TAKE: SABRES BUY AND SELL, BUT IS IT WORTH IT?